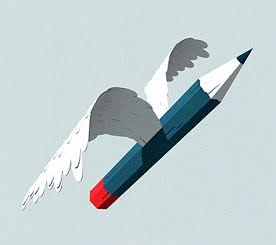 The JNU Teachers’ Association notes with deep dismay the media reports appearing on 10 December 2022, that the Ministry of Minority Affairs has decided to withdraw the Maulana Azad Fellowship (MAF), a five-year fellowship provided by the Centre in the form of financial assistance to six notified minority communities— Muslims, Buddhists, Christians, Jains, Parsis and Sikhs, to pursue PhDs. This policy decision to withdraw a fellowship intended to promote higher education among minority communities is an attack on the values of inclusivity and democracy that are integral to the higher education system that India requires.

The JNUTA is further distressed to hear about the forced resignation of Dr. Inamur Rahman, the principal of the New Government Law College, Indore, after protests by student groups about the existence of a book in the college library entitled Collective Violence and Criminal Justice Systems authored by Dr. Farhat Khan, published by an Indore-based publication.

The resignation of the principal comes after the institution of an enquiry against faculty members on the allegations that the book promotes negative attitudes against the government and the Army, religious fundamentalism, and love jihad. Media reports on 8th and 9th December 2022 state that the book was recommended during the tenure of the previous Principal. It should be obvious that holding the head of an institution liable for the contents of books in it’s library is absurd. Disturbingly, even as this enquiry is yet to be completed, six faculty members (four of whom are Muslim) have been removed from academic work for five days, and the social and academic atmosphere of the college has been completely vitiated. The JNUTA strongly condemns the arbitrary action taken against the college’s faculty members on the strength of mere allegations against individual faculty and an animus against the minority community. It urges the college management and the Higher Education department to reinstate the faculty and to intervene to ensure that both academic freedom as well as the Constitutional values of secularism are respected in the college.

JNUTA was also appalled to note that pressure is being exerted on higher education institutions to cancel academic events organized by them on certain topics that might not be to the government’s liking. A conference on “Cultures of the Political Left in Modern India,” organized by the Department of Humanities and Social Sciences at IIT Bombay was cancelled yesterday, a day before the conference was to begin, by the Director of the Institution “due to unavoidable circumstances.” JNUTA unequivocally condemns any interference from the government or political groups in the academic autonomy and everyday functioning of institutions of higher education.

The JNUTA strongly believes that academic excellence can thrive only in an environment that is not only free and devoid of fear, but also actively seeks to remove social disadvantages. The JNUTA demands an immediate reversal of the anti-minority policy evident in the withdrawal of the MAF and the upholding of the democratic rights of all teachers to participate in higher education with dignity and without fear.